He sees it all

I have a 9am alarm on my phone every day; it’s a silent one and just flashes up with the words, “He sees it all’. It’s a phrase that has brought me comfort and peace on thousands of occasions. You see, living on a ship with 400 others has its moments. Sometimes I feel trodden on, ignored, forgotten, insulted, rejected, misunderstood, tired. The fact that, ‘He sees it all’ makes all the difference. It’s clearly not all bad or I wouldn’t still be here, but you know how those feelings can steal your joy? That one phrase helps me release forgiveness and put my trust in Him over and over and over again.

Last week I visited Ouidah – a town which is not only the birth place of Voodoo but also home to the ‘Gate of no return’ which stands and testifies to 400 horrific years of slave trade. 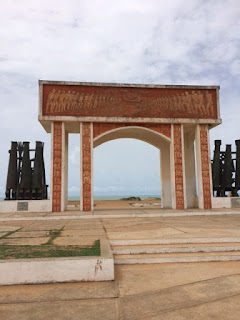 20 or so years ago, this was identified as a world heritage site and 2 Km of the 200Km slave route here in Benin which runs from Abomey to Ouidah has become a ‘tourist attraction’. This 2 Km has a collection of monuments and statues that tell the story and give honour to those who lost their lives. We were greeted by our guide and said a cheery hello. Not thinking, I proudly announced I was from England and wished I never had as he went on to describe how we had played such a huge part in this piece of history. In one of the statues, the people are depicted as tree trunks – to show that they were not seen as people but as pieces of wood, or as ‘a commodity’. It broke my heart.

We learned that of the millions of people who left this region previously known as Dahomey, many of them died before they even reached the slave boats. The 200Km ‘slave route’ was one of, ‘survival of the fittest’ and if you didn’t fair well from the chains around your neck, wrists and ankles – or from the open infected wounds from where the chains dug into innocent flesh; or from the scarce food or water; or from pure exhaustion - your destination was death. Only the descendants of the King were exempt from being a slave – all women, men and children were taken. We saw the site of a communal grave, 12 metres in depth, where the dead and nearly dead were put. The nearly dead were ‘useless’, so left to die with the already dead. The ones left living - the 'fit', were sold and shipped with a 1000 on each boat and they lived in cramped conditions for several weeks or months as they traversed the Atlantic when yet more died. Women were raped and babies were conceived into this cruel story. I don’t want to know that this happened and I don’t want to admit that it still happens in a million different forms today. I can only trust and know that He sees it all.

Last week I had a chat with someone about our work in Guinea. Yes that’s right – we finish here in June and head to Cameroon for 10 months in August and then after that, we will go to Guinea. My head is in 4 countries at the moment – Madagascar, Benin, Cameroon, Guinea and 5 if you include home….

Guinea – a Country which was already struggling to survive and then Ebola hit. I learned that they currently have 7 Anaesthetic doctors for the entire country. And sadly because of difficulties, they are not getting paid which leaves much of the work to the nurses. Nurses cannot prescribe and anyway, even if they could – there isn’t a functioning anaesthesia machine and except for those who have their own, there are no laryngoscopes and little in the way of drugs. That means no general anaesthesia for much of Guinea. My heart cries out at the utter injustice. Large salty tears bulge up out of my eyes and so they should. He sees it all. He has to. It’s too big for me.

And so as a sweet reminder, this week, a patient came back on board. Bignon – I told you about her before. She was born with a cleft lip and plate. A few months back she had her lip fixed and now she’s ready for her palate to be fixed too. Bignon – her name means, ‘all God does is good’. In the face of brokenness and almost guaranteed rejection, her mum and dad decided to call their sweet little bundle, ‘all God does is good’. They must have known He sees it all.

And oh the peace that brings. May you know it too. 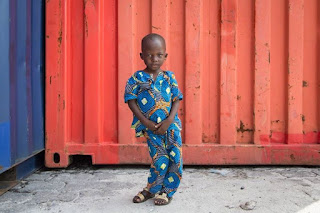 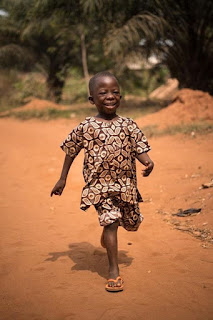 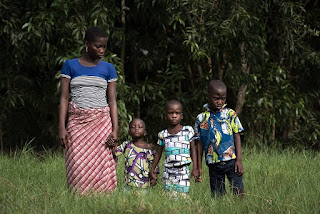 3 siblings all have cataract surgery: these eyes can now see! 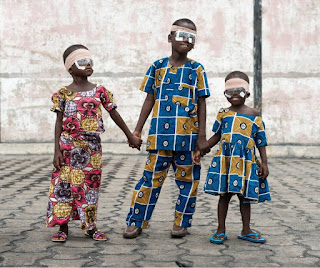 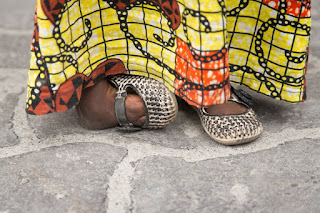 these feet have new paths to walk on! 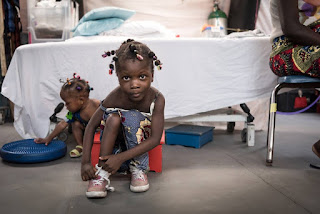 Posted by Nursie Kirstie at 14:30 No comments: